Home › Democrats › It’s Halloween! Is anything scarier than the ghouls running our government?

It’s Halloween! Is anything scarier than the ghouls running our government? 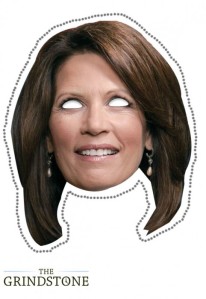 Happy Halloween, everyone! Sure. It’s a scary time of year. Salem, Massachusetts is a veritable treasure trove of haunted happenings. And I can tell you first hand that Spooky World is just as frightening as it’s cracked up to be. Hell, even Canobie Lake Park in New Hampshire turns into a haunted event at this time of year. But let me tell you…hands down, there’s nothing more frightening than the ghouls who run our government. Let’s take a look at the scariest of them.

The Democratic Supercommittee is one of the most scary. First off, it’s nothing more than a group of politicians operating in secret, far way from the prying eyes of the American public. You know, intellectually I know that the Democrats out there are better than anyone the GOP has to offer but, frankly, let’s remember that the bar isn’t set very high. There’s not much they can do to be worse than the GOP.

Everyone who has weighed in on the Occupy Movement says that the GOP “just doesn’t get it.” Well, their counterparts on the other side of the aisle apparently don’t get it much better. How do we know this? Right off the top, the Democrats offered significant cuts to Medicare and Medicaid to their Republican comrades (and I use this term intentionally) during budget negotiations this week. This ill-advised action gives the GOP a leg up right off the bat, seriously weakening any Democratic negotiations down the road.

Says Adam Green of the Progressive Change Campaign Committee,”If Democrats on the [supercommittee] are proposing cuts to Medicare, Medicaid or other middle-class benefits, that is fundamentally out of step with what the 99 percent of Americans are crying out for right now. “The middle class has sacrificed enough — it’s time for Wall Street and the wealthy to finally pay their fair share, and voters need Democratic politicians to get that.”

This whole “cave in” thing has been a hallmark of the Obama administration and, apparently, his minions have followed in his stead.

Consider that, after his election, he immediately took the public option off the table during his negotiations on Obamacare. “A robust public option” was one of the main focal points of candidate Obama’s campaign. Suddenly, after transforming into President Obama, the public option wasn’t necessary. So what do we have? Basically, not much in the way of Health Care Reform. It doesn’t even take effect until 2014, after his first term is over. And who the hell knows if Obama will be re-elected. If he isn’t re-elected, it may not happen at all. And when it does, there isn’t a hell of a lot of reform. Without a public option, there’s no need for the insurance companies to improve their performance because there’s no competition. Let’s also remember that the “public option” was a compromise as well. What we really need is single-payer health care. We’re far from that.

Then, there’s the gift that keeps on giving, otherwise known as the GOP. This is the party that got themselves elected to the majority in the House by promising to address economic issues. All they’ve done since November 2010 is introduce legislation aimed at curtailing the rights of women. Since the midterms, more than 1,000 pieces of legislation have been introduced across the nation attacking a woman’s right to choose. In October of this year, the House passed H.R. 358, also known as the “Let Women Die” bill. This legislation gives hospitals the right to refuse a woman an abortion, even if her life is at risk. It was recently introduced in the Senate by Orrin Hatch as S.877. Look anything like working on the economy?

Of course it doesn’t. That’s because the GOP has no answers, no plans, no insight, and no intention of addressing the issues central to the lives of most Americans. The Republican Party has been completely infiltrated by right-wing religious wingnuts. It all started when an alcoholic, coke-snorting cad from Texas declared that he found God and got himself elected to the highest office in the land. Now, Michele Bachmann, a dimwit from Minnesota, has gone one better than old Bush and declared that the good Lord told her to run for president. The GOP has become so ideologically driven that the it barely recognizes what being a public servant is all about. It is about listening to constituents, providing legislative solutions to real-world issues, and bending to the will of the people. The party that is so against “big government” is obsessed with sticking it’s collective nose into people’s personal  lives and telling them how to live. It tells women when to have children and how to have children. It has declared that abortion is never acceptable, even in the case of rape and incest. And when women do have children, the GOP tells them how to raise their children. It is has become so sanctimonious that it has even defined for the rest of us plebes when life begins. (According to the GOP, it begins at conception.) The GOP also tells people whom they can and cannot marry. Does government get any “bigger” than that? I think not.

The Occupy Movement terrifies the GOP. There’s a loud message there, and the Republican powers that be do not want to hear it. The fear grows as the power of the movement grows. But don’t think for a minute that there isn’t a message there for the Democrats as well. The movement is fed up with GOP plans for their future. But the Occupy movement is also fed up with the Democrats continuing to dance with the devil at its expense.

For me, the scariest thing of all as Halloween rolls around is that it’s looking like either Obama or one of the misfit GOP contenders in 2012. I’m not sure which is more frightening.

Like Loading...
‹ While we’re all smitten with the Occupy movement (and rightfully so), our elected officials are escalating the war on women
Grab the Bible, Martha! The GOP is back in power! ›