Well, it’s been another couple of weeks of interesting events. Just when I think I’ve seen it all, I see (and hear) crap that’s hard to believe. Sometimes I have to pinch myself to figure out if I’m really experiencing what I think I’m experiencing. So, let’s get on with it.

Okay, I’ll admit I’m on Twitter. I use it like I use Facebook. The majority of what I put up there is political. I don’t ‘tweet’ meaningless crap, like what my new shoes look like. I’ve got to say that I’m not even sure I ‘follow’ Barack Obama on Twitter (although I probably do). But really? Kim Kardashian having more followers than Barack Obama is a total statement on the condition of American society. Here we have the leader of the free world being eclipsed by a no-talent, questionable-character media creation who spreads her sorry personal life across the pages of every garbage magazine in America. This only goes to show that the American people are largely voyeurs and are not tuned in to reality, because there’s nothing real about the Kardashian Klan.

Their ‘reality’ show is anything but reality for the majority of us. While the 90% spends its time struggling to put food on the table or keep up with health care premiums, the Kardashians are trying to figure out who to marry next. Yes, who will the next victim of love be? And how does the matron of the Kardashian Klan make the front cover of Good Housekeeping? Are you kidding me?

I’m pretty sure everyone has lost their collective minds.

And they worry about gay people being parents? 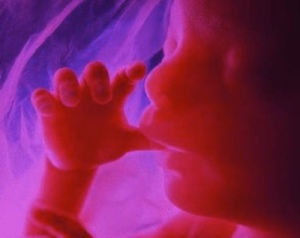 Like I said, I thought I’d seen it all. Last week I was treated to the most horrible ‘tweets’ I think I’ve ever seen. They were written by future parents to their unborn children, and what would happen to them if they ever even ‘think’ of being gay. Now, seriously, if they ever think of being gay? Like there’s a choice here? Here’s an example and links to two different web sites so you can experience the full magilla:

“#ToMyUnbornChild if you so much as think about being a homosexual I’ll put a bullet in your head.”

Are you kidding me? I’m sure these are the same people who worry about gay people being parents. Of course, if you read the tweets, you’ll see that half of these people barely have command of the English language. (Accurate spelling is truly out of the question here; they fuck up the acronyms.) This is truly some of the most horrific garbage I’ve ever read, and that these people would say something like this about an unborn child is nauseating.

The future parents who wrote this crap are the reason for abortion and birth control. Too bad their parents didn’t employ either or.

The war on women continues unabated

You’d think the GOP might have some misgivings about the war they’re waging on women, since just about 51% of the electorate is female. But that would be giving them credit for having a thought process. (We know they don’t.) The war is happening on both a state and federal level. On the federal level, we’ve had the all-male revue discussing contraception. We’ve got the continuing attack on Planned Parenthood, to which we add a new chapter.

Perennial GOP presidential candidate and member of this election cycle’s Three Stooges, Mitt Romney, now states that he will eliminate Planned Parenthood if he’s elected president. States Romney, “Of course you get rid of Obamacare, that’s the easy one, but there are others,” he said. “Planned Parenthood, we’re going to get rid of that.”

As is typical with Romney, he gets called on his statements, then he sends one of his minions to clarify what he really meant to say, which is that he will get rid of federal funding for Planned Parenthood. In essence, it’s the same damned thing. What we’re talking about here is eliminating preventative care for 3 million people every year. As for ‘ObamaCare,’ Mr. Romney should remember (although it’s not politically expedient for him to do so, so he won’t) that the health care reform he signed in Massachusetts, where I live, is pretty much…ObamaCare. It was okay then because he was governor of one of the most liberal states in the union. Now he’s got to deal with the right-wing Christian nutcases who own and operate the GOP. He’s having a hard time getting his 50% and is in a tough competition with the Grand Inquisitor, Rick Santorum, so he can’t afford to be in touch with the needs of the American people. He took Puerto Rico because the Grand Inquisitor pretty much told the people there that English must be their primary language if they want to become a state, even though there’s no such requirement in the Constitution. Oh, yeah, he took American Samoa. Wow.

Says, Cecile Richards, the president of Planned Parenthood Federation of America, of Romney’s pledge, “It shows an extraordinary lack of understanding of family planning and the budget to say one of the ways he’s going save money in this country is by ending birth control and family planning,” she added. “The most conservative economist will tell you that family planning saves money. It saves taxpayers money. It’s ludicrous to think that Mitt Romney, who is running for president of the United States, thinks we’re going to balance the budget by ending birth control access in this country.”

Let’s add ‘stupid’ to the list of descriptive words we use to describe Mittens.

Here’s a real corker from the state of New Hampshire (actually, I like to call my neighboring state Cow Hampshire): The state legislature has passed a bill that requires a woman wait 24 hours prior to having an abortion to ensure that she’s been given information on fetal development. It requires that the patient be given explicit information on the fetus and watch a required video. Of course, abortion opponents are passing this legislation off as “informed consent,” as if every woman who decides to have an abortion hasn’t first given it great thought. This is the typical position the conservative right-wingers take: Women are just out there being promiscuous and then having abortions willy nilly without giving it much thought. It’s insulting and demeaning.

If all that isn’t bad enough, the woman would then have to certify in writing that she has reviewed the material before she can have an abortion. Violation of the law is punishable by up to 15 years in prison. Give me a break. There are people who commit actual crimes who do not spend that much time in prison. It’s ludicrous that a woman can go to prison for taking control over her own body.

Would any of this be happening if men could get pregnant? I think not.

Bill Maher joins the ranks of the asshats

I’ve never been a big fan of Bill Maher. I admit that sometimes I think he says one or two funny things, but his defense of Rush Limbaugh has officially put him in the asshat column. There are enough funny pundits out there. I don’t need to pay attention to Bill Maher. For the record, he thinks that what Rush Limbaugh said about Sandra Fluke was okay. Hey, this is America. We have freedom of speech. All of us liberals are just overreacting. When Maher was called on his position, he referred to Limbaugh as a guy who made a bad joke. Really?

From my perspective, Rush Limbaugh wasn’t joking. In the three days between Limbaugh’s initial attack on Sandra Fluke and his apology (if that’s what you want to call it), he managed to smear the woman 70 times in the most sexist, misogynist fashion. At no time was he tongue-in-cheek. In fact, Limbaugh rarely is. For the most part, he’s an insulting lout who is factually and intellectually challenged. He’s an American embarrassment. Even his advertisers are smart enough to walk away.

As for Maher, tune him out. There are plenty of other people who respect women that you can listen to.

Thanks for reading. Hope you have a great week!

Like Loading...
‹ Guilty as Charged: It’s Time to Put Bullies in Their Place
“A People’s History of the United States” Puts Everything Into Perspective ›