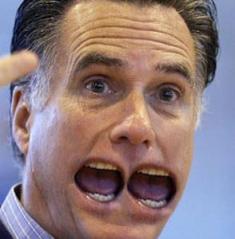 I suppose everything that can be said about Mitt Romney has been said about Mitt Romney by now, but I just cannot resist the urge to reiterate what I think are the key issues with the 2012 presumptive GOP presidential nominee. Frankly, I can’t find one redeeming quality in the guy. He’s been accused of being a flip flop politician. In fact, he was once given the name Multiple Choice Mitt. Hell, a lot of politicians flip flop. Romney isn’t the first, and he certainly will not be the last. In fact, Barack Obama has been a classic flip flop president on many issues. I do not see Mitt Romney as a flip flop politician. Frankly, he’s worse than that: He’s a flat-out liar. It’s one thing to flip flop. It’s entirely another thing to lie.

Now, I understand that the notion of an “honest” politician might be considered absurd and outdated. Mitt Romney, however, pushes the envelope. He tells big lies. He tells little lies. He lies when there’s absolutely no need to lie. It’s almost like he cannot stop himself. He lies so easily that it’s frightening. He lies even though the truth is a matter of public record. Anyone with a computer can use a search engine to determine whether what he’s saying is the truth or a lie. I’m pretty sure that Mitt Romney just assumes that the American people can’t be bothered to fact check what he says. I don’t know if that’s a reflection of his arrogance or our laziness.  Either way, Romney’s lying ways transcend any normal amount of lying we’re used to in American politics. (Even though it’s a shame we accept any level of lying at all in our public servants.) When it comes to Romney’s lies, what we  have is a major character issue. How does a guy with a pathological need to lie even become the nominee for anything as important as the presidency? If Mitt Romney is willing to lie so pervasively to get to the White House, can you imagine what he’ll do once he’s there?

Here’s a great piece by Rachel Maddow on Mr. Lie-O-Matic. It doesn’t matter that the piece was originally aired during the GOP primary season.  Lies are lies, and Mitt Romney continues to perpetuate the same lies as the GOP nominee as he did before he won the nomination.

However, if his lying were the only issue I have with Mitt Romney, then I’d be lying.

Willard on the issues

Did you know that Mitt’s first name is actually Willard? The fact that he’s named after a rat (remember the movie?) is not a coincidence. If you remember that whole Etch-A-Sketch thing that Rachel Maddow spoke about in the video, you’ll know that Mitt is like the human chameleon. He changes his positions based on where he needs to go to achieve his personal goals. Right now, his personal goal is to move into 1600 Pennsylvania Avenue. He’s been at this for a while now. It may well be a case of now or never for him, so he’s moved to the far right on most of the major issues.

When he was running for Governor of Massachusetts, he was a supporter of Planned Parenthood. In fact, his wife made a donation to Planned Parenthood. That suited him at the time. In Massachusetts (where I live), we’ve always had a strange political dichotomy. We spent many years with a Republican governor, but a Democratic legislature. It was, of course, politically expedient to support Planned Parenthood while running here. Now that he’s running on the big stage, he’s changed his tune to appeal to the right-wing nut cakes out there. Here’s what he told Scott Hennen on February 6 of this year:

“Look, the idea that we’re subsidizing an institution which is providing abortion, in my view, is wrong. Planned Parenthood ought to stand on their own feet, and should not get government subsidy. I am a pro-life individual – I was a pro-life governor (served as a pro-life governor) – I’m a pro-life candidate. I simply do not want to participate in anything that takes away the life of an unborn child.” 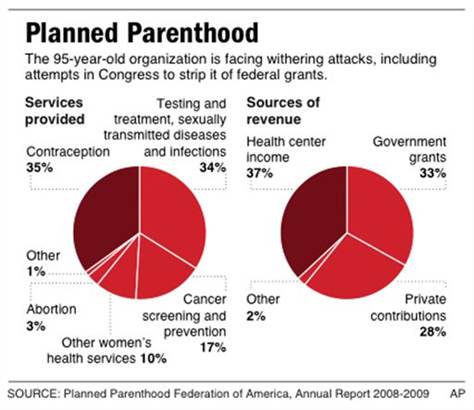 Again, this is a misrepresentation of the actual truth about the 95-year old organization. I have to say, in all fairness, that Mitt Romney isn’t the only member of the GOP misrepresenting how Planned Parenthood uses its money. He’s simply towing his party’s line. So, for the record: Planned Parenthood spends about 3% of its annual budget on abortion services (and it doesn’t use its government grant money on abortion at all). The balance goes to other health services, like contraception (another dirty word for the GOP; its members do not want abortion, but neither do they want to prevent unwanted pregnancies), the testing and treatment of sexually-transmitted diseases, and cancer screening and prevention. For the GOP, the whole attack on Planned Parenthood is the major target for its War on Women. (And, yes, there is indeed a Republican War on Women.) I’ve covered it here and here.

Next up, gun control. Suddenly, Mitt Romney is a lifelong member of the National Rifle Association (NRA). That’s not exactly true. (Surprise!) He became a member of the NRA back in 2008 when he ran for the presidency the first time.  However, back when he was Governor of Massachusetts, a state with some of the toughest gun control laws, he even signed a bill permanently banning assault weapons, stating “These guns are not made for recreation or self-defense. They are instruments of destruction with the sole purpose of hunting down and killing people.”

The man who once pledged to turn Boston into a Rainbow City has historically been all over the place on LGTBQ civil rights. Again, it just depends upon what’s politically expedient at any given moment for Multiple Choice Mitt. Right now, however, he’s pretty virulently anti-gay. He’s against both same-sex marriage and civil unions. Romney supports a federal constitutional amendment defining marriage as a union between one man and one woman. He has promised to defend the Defense of Marriage Act (DOMA) in court, even though it has now been declared unconstitutional five times. His support of gay adoption lasted one day, proving once again that Romney changes positions like most people change their underwear. Somehow it’s both fun and infuriating watching Mitt lie and wiggle his way out of what he says.

There are other problematic issues: Iran. (He wants to attack.) Social Security and Medicare. (He wants to cut them and raise the retirement age.) ObamaCare. (He wants to repeal it even though his Massachusetts version of the program — known as RomneyCare — looks suspiciously like it.) Jobs. (Says he’s created them even though his work with Bain actually put thousands of people out of work.) Climate Change. (Mitt’s a climate change denier.)  In fact, there are far too many to cover in this article, so we’ll just stop here.