Why #NeverHillary: Just the Facts 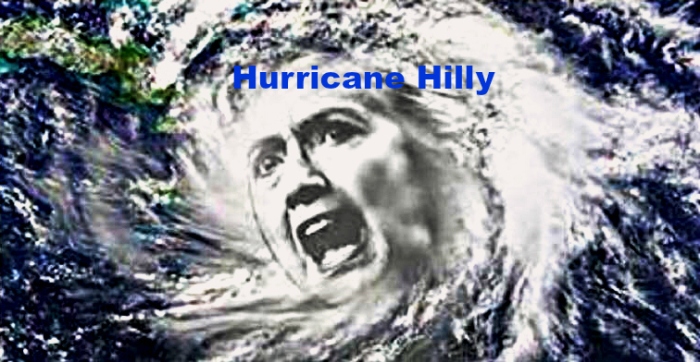 The Clintons have had a long, storied history in American politics, from Whitewater to Uranium One. While Hillary Clinton wants you to believe that the allegations against her and her husband are nothing more than a “vast, right-wing conspiracy” nothing could be further from the truth. In this piece, just the facts on Hillary Clinton are presented. These are facts which provide proof that Hillary Clinton should never see the inside of 1600 Pennsylvania Avenue as President of the United States.

This is probably not an exhaustive list. If you have other information, please send it with citations to become.ungovernable@gmail.com. Thanks.

First, let’s establish that Hillary Clinton is a first-class liar. In America, we have created an atmosphere where our elected officials are not held accountable for lies. In fact, many Americans shrug it off as “part of the political game” as I have been told. It is not okay. It is not okay for our children to lie. It is not okay for us to lie. And it is most certainly not okay for our elected officials to lie. From arriving in Bosnia under sniper fire to the death of Ambassador Christopher Stevens in Benghazi to her emails, Hillary Clinton has spun a web of lies so vast it takes hours to name them all.

Hillary Clinton’s career (and that of her husband) has been funded and built by the millions donated by Wall Street, the banks, the corporations, and the world’s most lucrative billionaires. Do you think all of this money comes without strings? It never has and it never will.  She was once a woman who claimed that single payer was inevitable. However, after a $13 million haulfrom the healthcare industry, she confidently stated that Medicare for All will never come to pass.

During the 2016 campaign, Clinton was asked to release the transcripts of Wall Street speeches that have made her a millionaire. Clinton flat-out refused. She earned $3.15 million in 2013 alone on Wall Street speeches. An 80-page WikiLeaks dump of these speeches revealed what she was hiding, a comfort zone with Wall Street that called into question all of her tough talk about reining that segment in. Nonsense, she insisted. Remember, she had already taken a hard line with Wall Street once before when she told them to “cut it out.” This is another of those Clinton falsehoods.  One critic suggested her nose was getting so long that she needed a hacksaw.

Hillary Clinton is a global imperial warmonger with blood on her hands, shirt, skirt, stockings, and shoes. There is no end to her lust for destruction based on the false notion of American Exceptionalism. She unquestioningly supported George W. Bush’s invasion of Iraq, even when much of the false intelligence had been discounted. Then she literally twisted herself up into a human pretzel trying to justify her vote. She used everything from she thought she was voting for more inspections to she voted in favor because she thought it was politically necessary.

Today we called Libya a “failed state,” and you can thank Hillary Clinton for that. She is the one who convinced Barack Obama that invading and removing Gaddafi would be a good thing. Not only did we invade a sovereign nation and murder its leader, but Hillary Clinton bragged about it on video. What we managed to achieve in Libya is opening its borders to terrorismwhere none existed before.

The Benghazi debacle is another example of Clinton’s obfuscations. First, Clinton insisted the attack was the result of an “inflammatory video posted on the Internet. Two days later she told the Egyptian prime minister that the deaths had nothing to do with the film. It was a planned attack. Later,  during the investigations, came the infamous “What difference does it make?” It makes a hell of a lot of difference to the families of those whose lives were lost. Clinton’s refusal to reveal the truth forced investigators to piece together the facts.

We know that the CIA had a gun-running operation going on in Benghazi at the time the consulate was attacked. Although the mainstream media does not report such information, we now know that Clinton had been involved in this for quite some time and that Christopher Stevens had also been drawn into this scheme.  Then, in January of this year, The Hill provided more missing information with a piece revealing that weapons were run through the Sinaloa Cartel into Libya. Ultimately, the goal was to do the same thing in Syria that was done in Libya, depose its democratically-elected leader. In 2012, the Obama administration signed a secret order supporting the ousting of Syrian President Bashar al-Assad. Five years later, Syria is a shadow of itself, thanks to us. We also know that, had she been elected, Hillary Clinton would have favored a no-fly zone over Syria, potentially provoking a war with Russia.

I’m  just getting warmed up.  Let’s move along to other pressing issues.

Hillary’s email problem is indeed a real problem. She lied about her emailswhen she said she turned them all over. She deleted about 33,000 emails before turning any over, claiming that they were all personal. Yet, the FBI managed to find at least 30 during the recovery of the deleted lot that were related to the Benghazi attack.

That Hillary Clinton violated the Espionage Act is not in question anymore. She was allowed to walk away because this system is corrupt at its core, with all elements of the government covering for each other.  She lies when she says other Secretaries of State did the same thing. They did not. While they may have used private emails, they never removed classified documents from a secured environment and placed them on a private, unencrypted server. Ever.

The story of Haiti has been repeated over and over, but the long and short of the Clinton Foundation history is one of missing millions, unfinished projects, and broken promises. To say that the Haitian population is angry would be an understatement, as I saw myself at the 2016 Democratic convention in Philly. The lesser issue reported in the media is how the United States, through Clinton,  “interfered” with an already murky election process in Haiti.

Although the media rarely reports on such issues and, indeed, tries to cover this up the Clintons are tied to child trafficking in Haiti via Laura Silsby. It is irrefutable that the Clintons interfered politically on Silsby’s behalf when she was accused of trying to steal 33 children from Haiti. She received a reduced sentence. Silsby and her New Life Children’s Refuge are mentioned throughout Clinton’s emails, even before her arrest.

Other issues remain fresh in everyone’s minds. Irrefutable Wikileaks evidence shows that the Clinton cabal, the DNC and the media colluded to ensure a Clinton win in the Democratic primaries. It was also revealed that a  major Clinton strategy was to “elevate” Donald Trump as the GOP candidate because there was no possible way she could lose to him. If you want to blame anyone for Trump’s presidency, you need to speak to the Clinton cabal and Debbie Wasserman Schultz, not the Russians. After all this time, there is no proof that Russia installed Donald Trump as they would have you believe.

While Hillary Clinton travels around the country on what I call her “Snivel and Blame Tour,” the real truth lies in the book “Shattered,” where it is revealed that the Russia narrative was concocted after her unanticipated and unimaginable loss to Donald Trump. Both the powers in Washington and the lamestream media has latched onto this story, and continue to promote that Russia hacked the election to a very dangerous degree. You can now thank them for bringing back the Cold War.

While the Democrats have not been able to establish any real proof of Russian collusion in the 2016 election cycle, what they have done is leave a paper trail that proves the Democrats with Hillary Clinton as Secretary of State, were in collusion with Russia, approving the sale of 20% of our uranium supply to a Kremlin-backed company. Oddly enough, cash flowed to the Clinton Foundation as a result of that deal.

While the Uranium One deal was not a secret, what nobody knew was that the FBI was investigating a bribery and blackmail plot tied to the sale, and knew of these transgressions prior to the sale going through. In short, the FBI covered it up to ensure the sale would go through, and none other than Robert Mueller was at the helm at this time.

Finally, there is the matter of the infamous “Trump dossier,” which we also now know was funded by the Clinton campaign and the Democratic Party in yet what is another murky Clinton undertaking. Today it’s passed off as “opposition research,” but Richard Nixon was forced to resign over such things.

The list goes on and on, and could go further from here, and it may very well move to a second installment. Certainly, however, there is enough here to support a case for Hillary Clinton never becoming president.